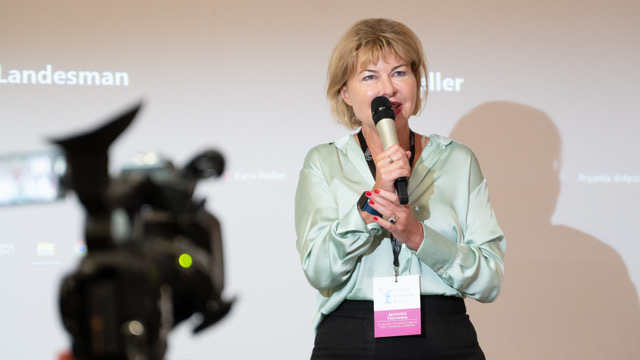 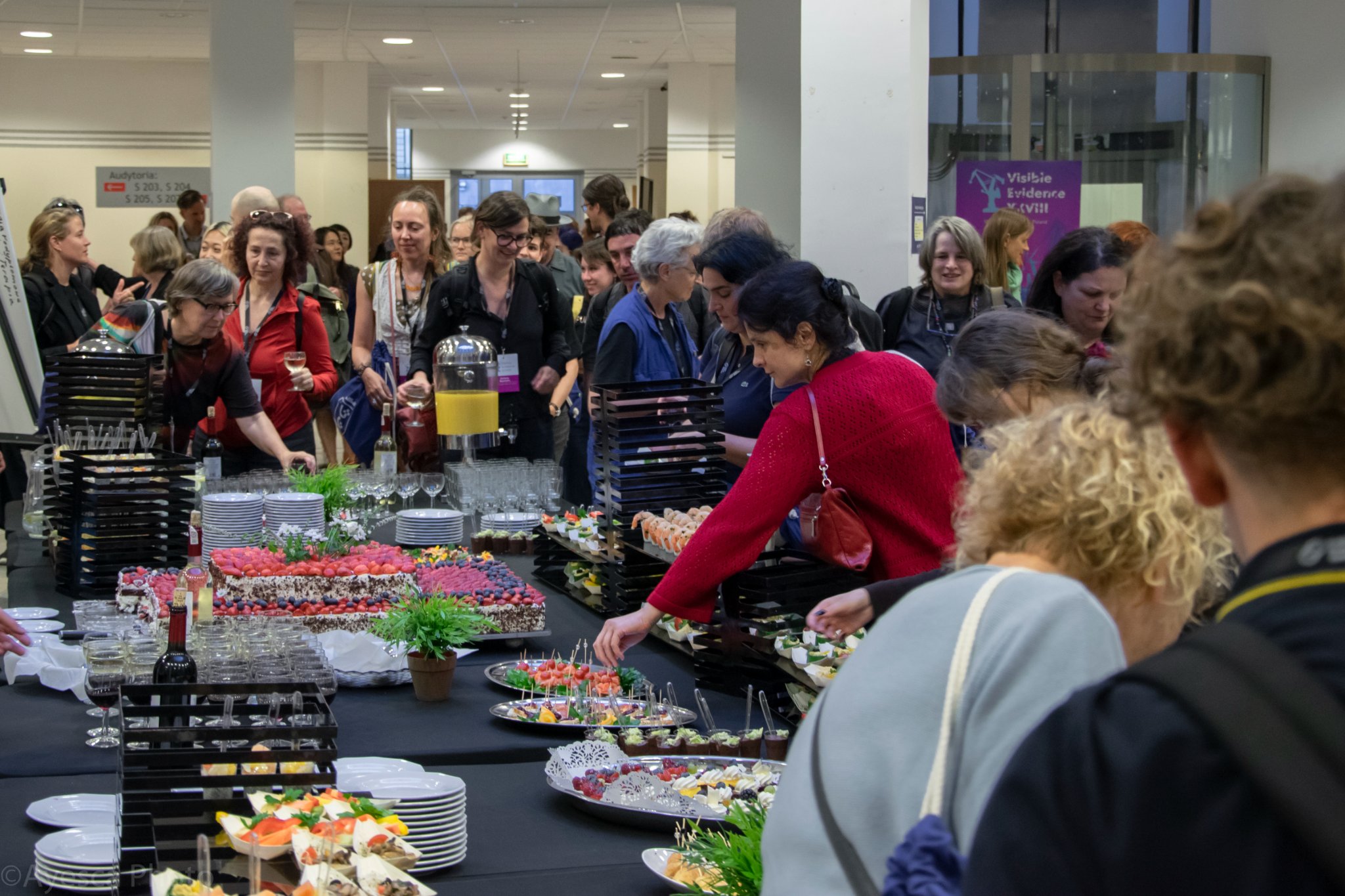 An undertaking such as Visible Evidence 2022 in Poland was a huge team effort with various colleagues being in charge of various elements, although we all worked together across boundaries and tasks.  As the event in the end counted almost 300 delegates online and’ in person’ with the split being about 60% in favour of ‘in person’ it was a huge technical effort too led by Michał Benikas and supported by the student volunteers. We also were lucky to have received a large grant which were were able to spend on caring and hospitality which of course is vital when it comes to networking and mingling over a glass of wine.
My task in particular was the international advertising on various lists as well as curating the plenary programme of speakers and filmmakers.  This year the whole line-up was female which was a quiet gesture of resistance too in the country in which the Ministry of Education announced last year that education must cultivate traditional feminine virtues such as home-keeping and rearing children.  I am really proud to have delivered such an amazing progressive and feminist programme.  Here are some testimonies from the keynote speakers, featured filmmakers and the VE General Council

I have just returned from the brilliant Visible Evidence 2022 ‘Images of History’ in Gdansk organised by Professor Agnieszka Piotrowska and Professor Mroslaw (Mirek) Przylipiak at the University of Gdansk under the auspices of the Andrzej Wajda Film Centre and the Department of Film and Media Studies.  Not only was it important for Visible Evidence to be held in Eastern Europe, but it has been especially important with the ongoing and tragic war in Ukraine. There were really great panels on central issues and questions for documentary today with hugely committed participants and a great selection of films shown.  It has been totally thought provoking, I learned a lot. THANK YOU Agnieszka and Mirek for your wonderful organisation of the conference and the events, the visit to the European Solidarity Centre and the tours, and the food! And thank you to your whole team, especially the technicians who worked wonders enabling in person and online participation.   Thank you in particular, Agnieszka, for initiating and developing the project of history and memory which brought forth such wonderful papers and for showing Minor Genocide/Mata Zaglada alongside your video essay on the film and the very interesting discussion with the filmmaker and the author of the story it is based on, Anna Janko, seen below with Agnieszka. And finally thank youfor inviting me to speak! It has been a really great event! 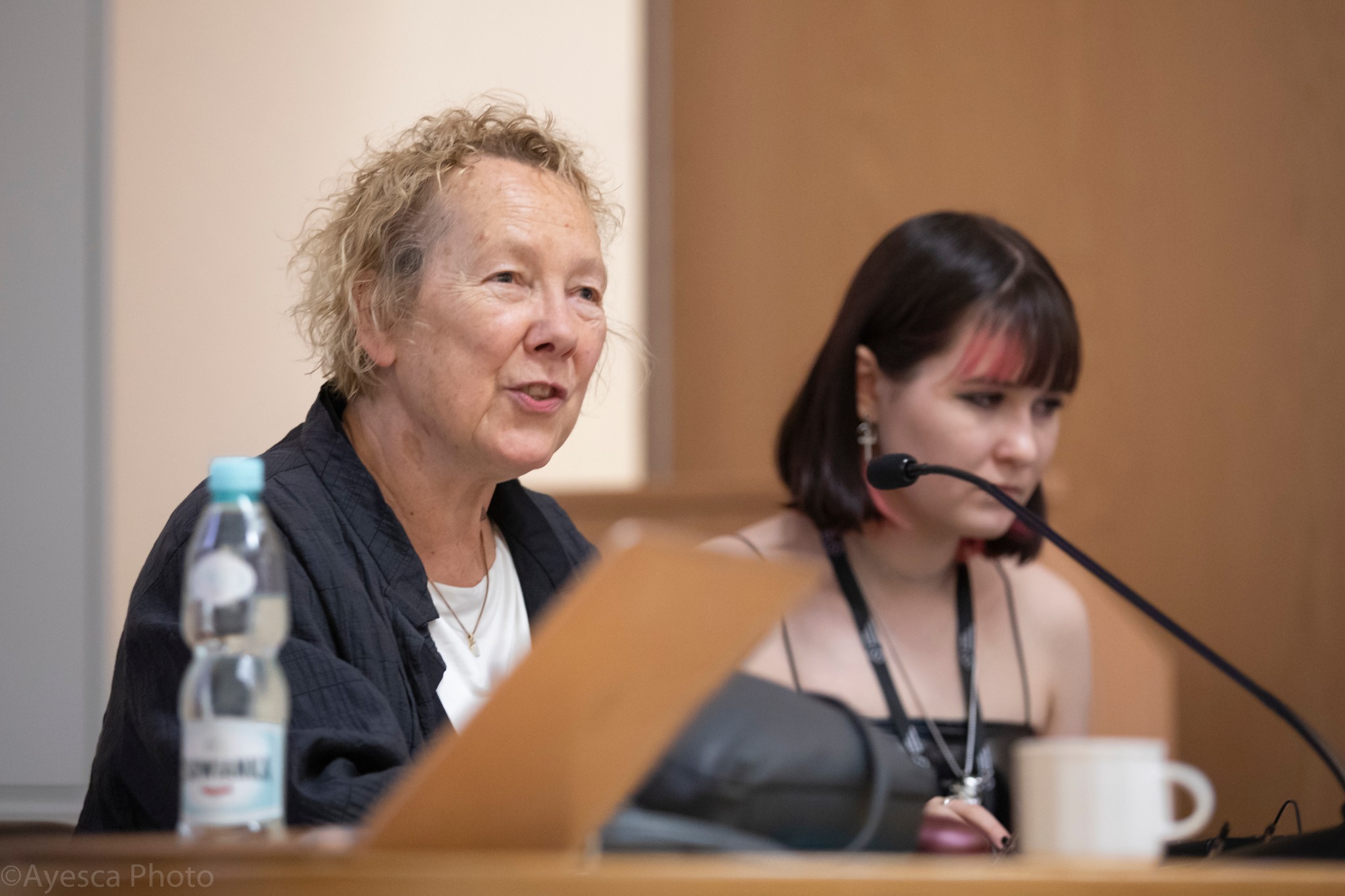 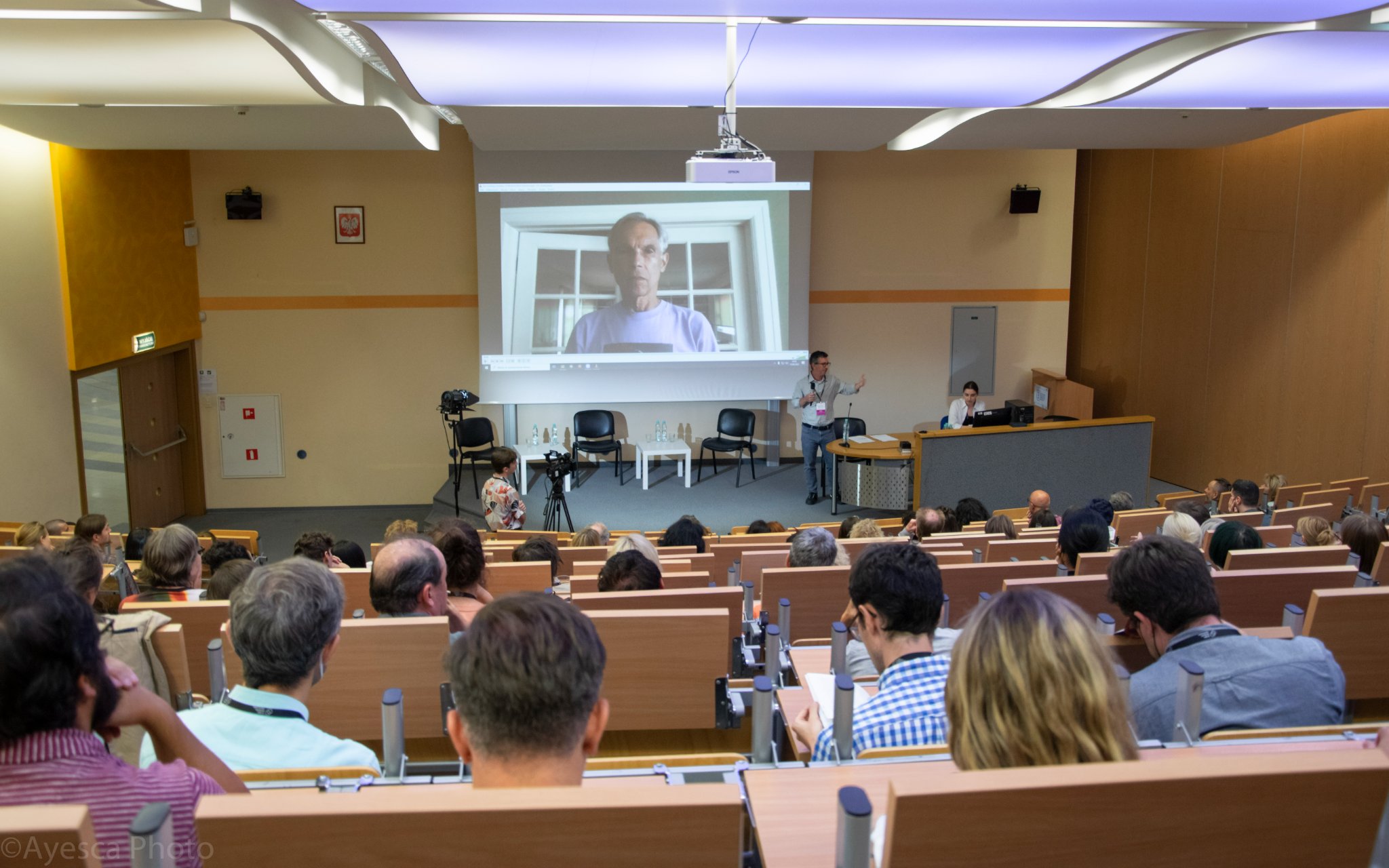 I’d like to echo Elizabeth’s thoughts here.  Congratulations, Agnieszka, on putting together a wonderful program with thought-provoking panels, workshops and screenings.  Many of us were particularly appreciative of your focus on feminist projects, both in terms of scholarly and media production work.

The experience of the Solidarity Museum and the ensuing conversation were unforgettable and the final dinner a joy.

We all know or have some idea of the work that goes into hosting Visible Evidence.  So a heart-felt thank you and congratulations to Agnieszka, Mirek, and their wonderful team.

The VISIBLE EVIDENCE Conference* in Gdansk was great. Thank you — Agnieszka Piotrowska and Mirek Przylipiak — for organising this and for your tireless work, on stage and behind it, to making it happen at the University of Gdansk where it run smoothly and fulfillingly.

As an Eastern European l had felt that it was long overdue for VE — of which l think as the most open-minded and cosmopolitan conference in the field of film — to come to these parts and, in doing so, permit Eastern European documentary and its scholarship to emancipate from its ‘eternally emerging’ assignation. I am hopeful that, once discovered, Eastern Europe will be the terrain for more such documentary film events — the same way as the NECS conference came to these parts for a first time a few years ago and soon realised that it just cannot have enough of the region. So it keeps coming back.

It was important that VE Gdansk happened now, when new political configurations bring out the same old challenges of ‘too much history’ and ‘too much context’. I was pleased to see old friends and meet new ones, and overjoyed to spend time in the company of people from Poland and those who had traveled from far and wide to be here — South Africa, Austria, Ukraine, India, Iran, Latvia, Spain, Australia, Colombia, the UAE, Palestine, Estonia, the USA, Hong Kong, Pakistan, Russia, Croatia, Japan, Hungary, Israel, China, Romania, South Korea, Turkey, Lithuania, the Netherlands, Serbia, Norway, the U.K., and many more places — to assert that we can all be together and talk to one another. 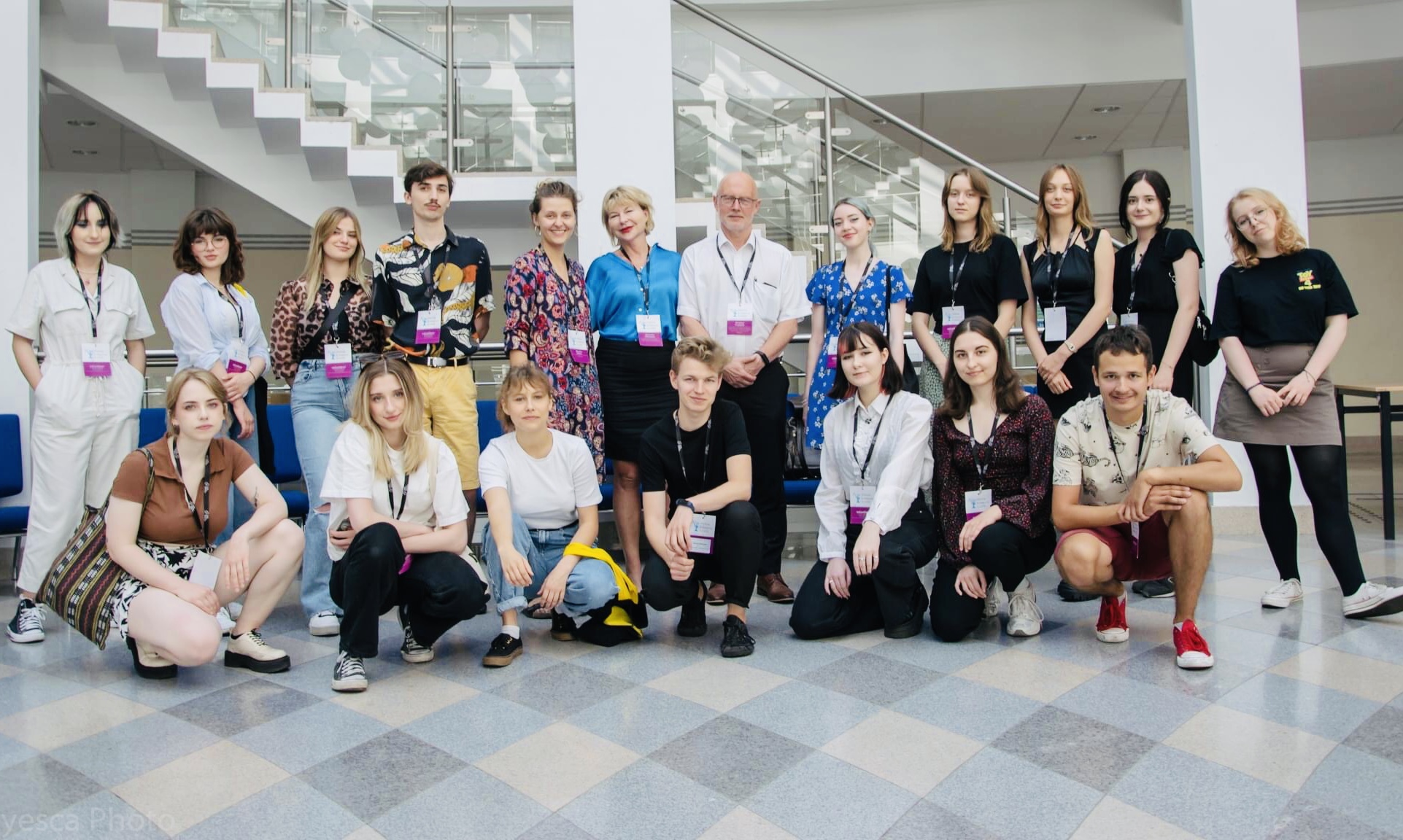 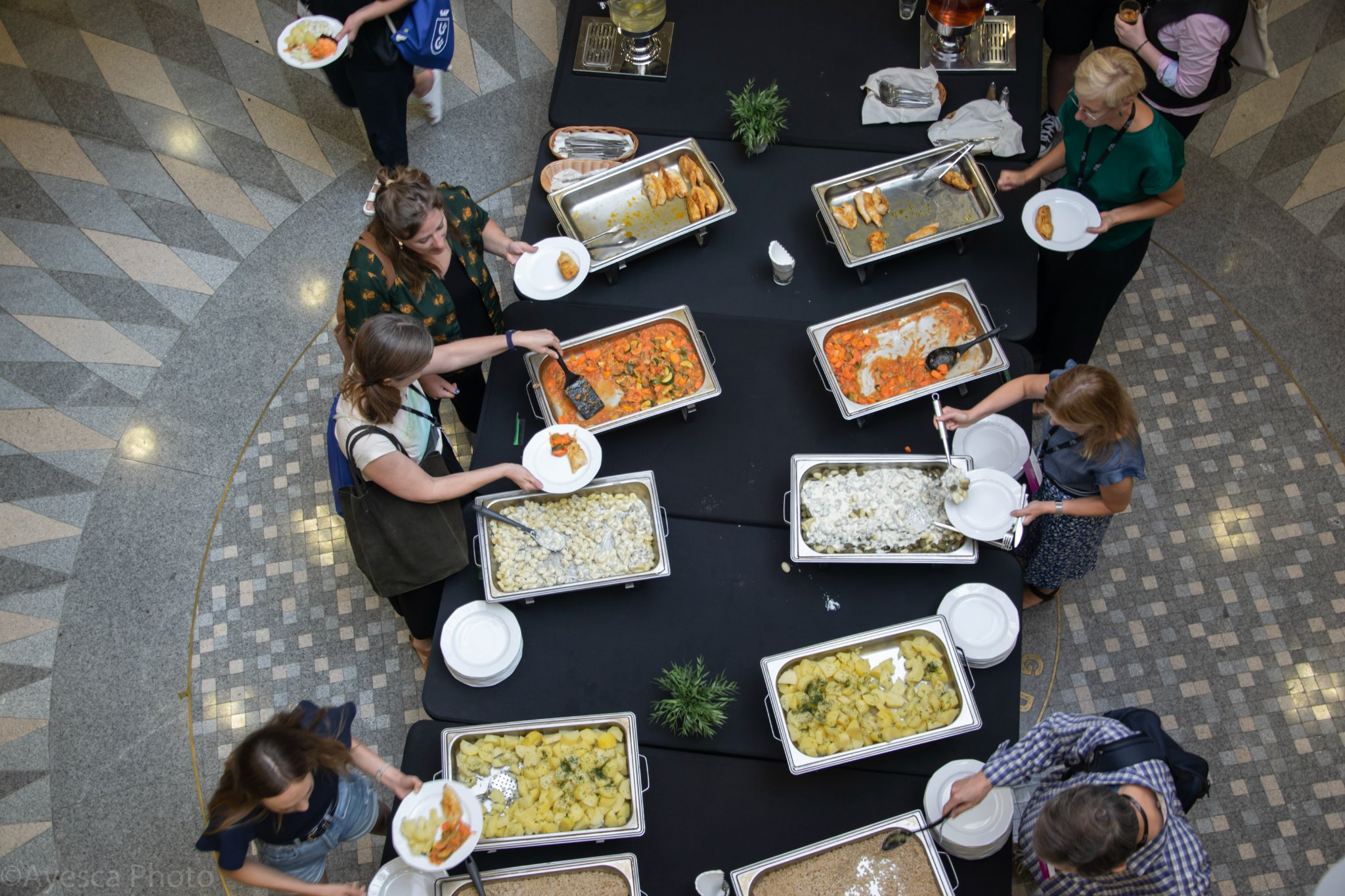 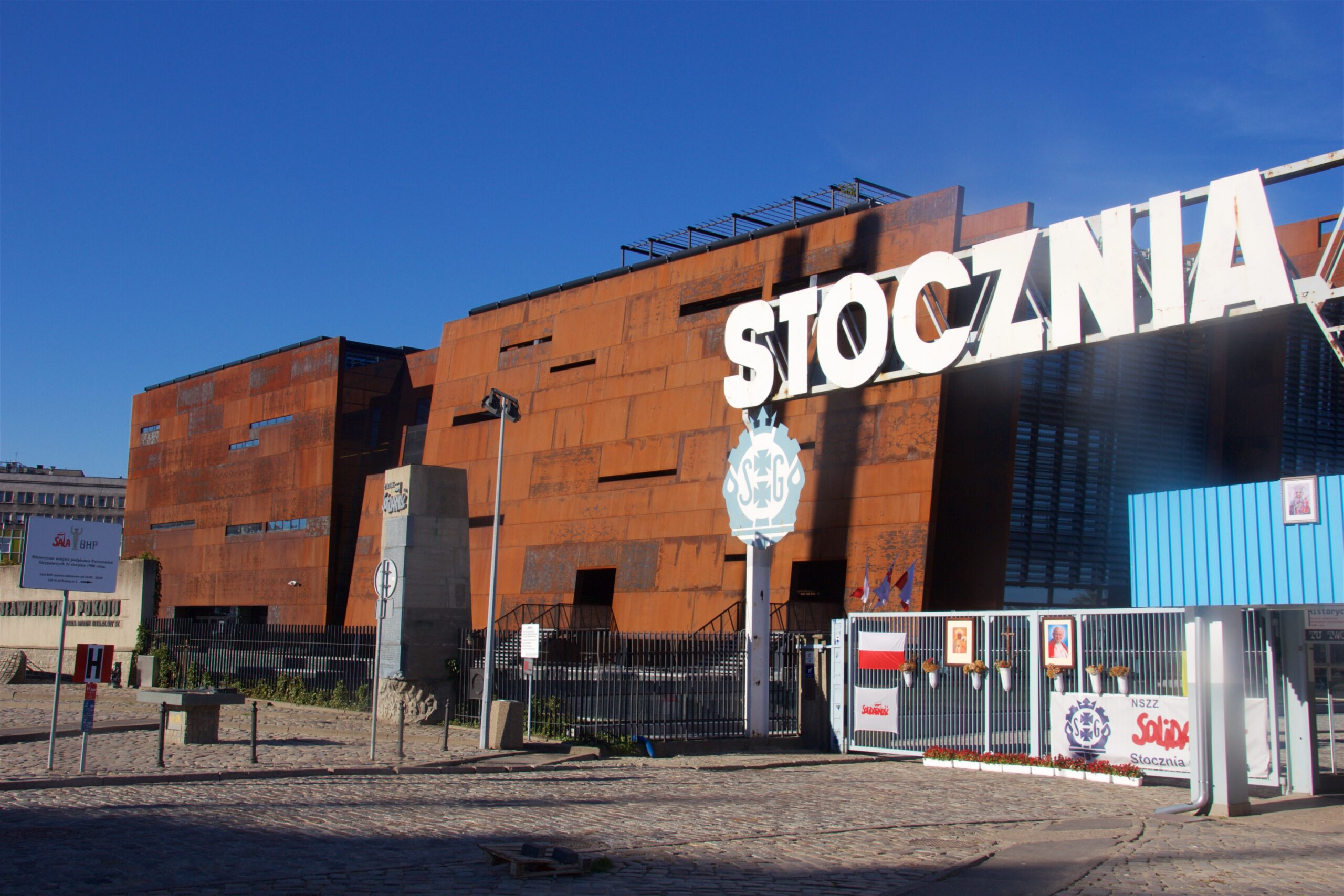 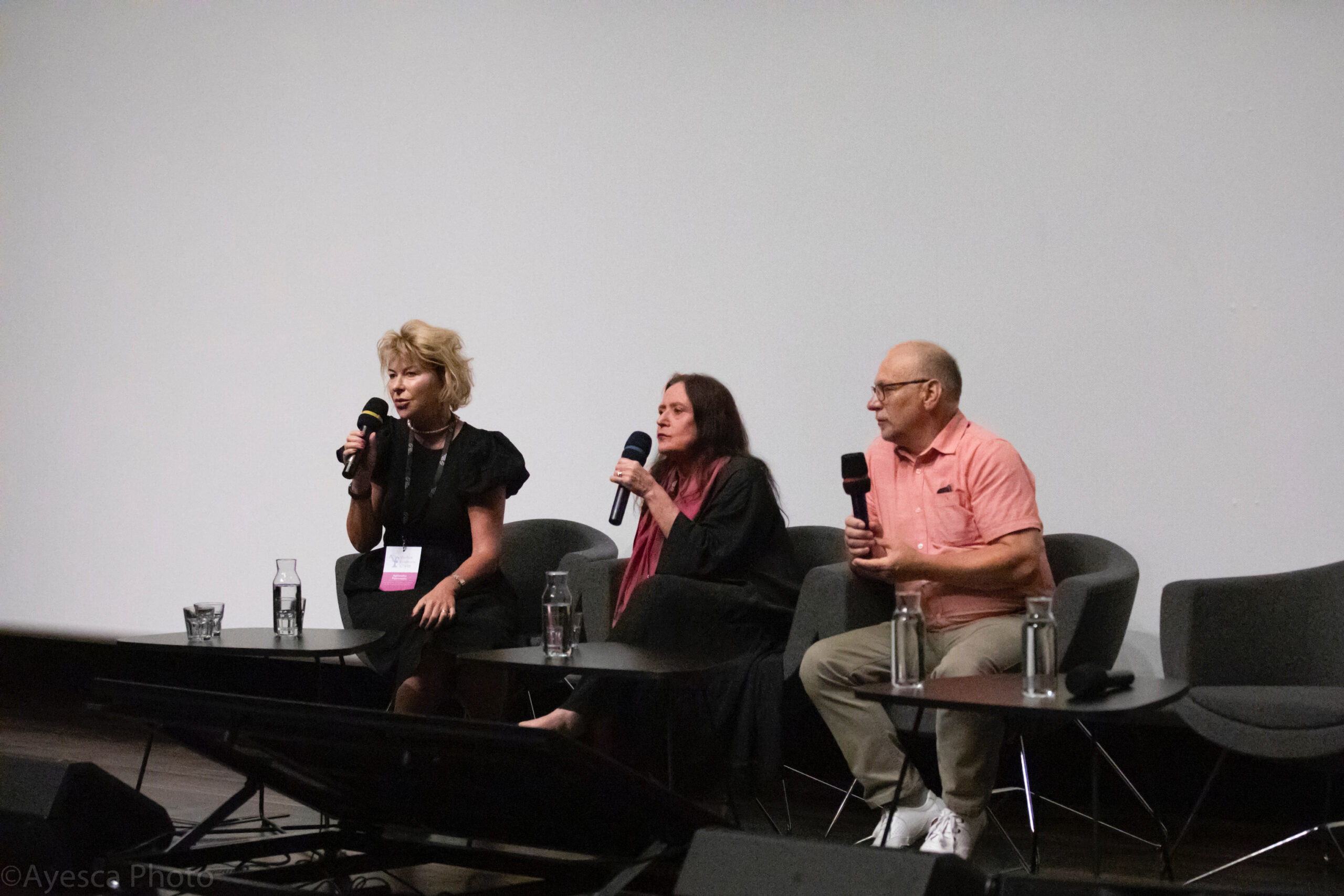 The Visible Evidence 2022 Conference – Images of History was held in Gdansk. I was born in Gdansk and I have devoted my professional life (as Lech Walesa’s interpreter in the eighties and as a documentary film writer and producer in Poland after my country has regained freedom in 1989) to participation and later to the commemorating of Solidarity movement. Such an important conference took place at my Gdansk University as well as at the European Solidarity Centre, the institution celebrating its 15th anniversary in November.

I was so proud to participate in the brilliant “Decisive Moments” panel and to present my short documentary essay on August 1980 strike as “the beginning of the end” of the communist era in Poland.  Agnieszka Piotrowska chaired that panel with great insight into the various great moments in history and their documentary representations. The conference participants had also a chance to visit European Solidarity Centre building and permanent exhibition and they watched the famous “Workers 1980” documentary that captured the decisive moments of August 1980 strike in Gdansk Shipyard. Lech Walesa who led the strike could not joined us due to health issues but I chaired a panel together with Agnieszka Piotrowska with Jerzy Borowczak who in 1980 was a very young shipyard worker who started the strike and later became one of the Solidarity trade union leaders. He is now a member of Polish Parliament.

It was an unforgettable event when conference participants from all over the world were able to see the 1980 strike in the images of history and talk directly to one of the icons that took part in the strike that changed political maps and united Europe. It was  especially important an significant at the time of war in Ukraine. The VE conference was for me also a chance to see so many great documentaries and to listen to so many fascinating discussions  – both during the panels devoted to the historical aspects of documentary filmmaking as well as during the panels concentrated on the art of filmmaking and on the art presented in documentaries. The range of subjects chosen by the organisers was really impressive.  The VE conference Directors,  Agnieszka Piotrowska and Miroslaw Przylipiak have done fantastic job and ran panels, screenings and discussions that influenced the way we think about documentary and the great questions of our modern world

Almost a month since I got the opportunity to present my paper at the amazing Visible Evidence 2022: Images of History conference held in Gdansk, Poland.

It was exhilarating to be amongst the most profound global documentary studies network. Five days of rich and challenging discussions, fan girl moments with some of my favorite scholars, and the opportunity to visit the beautiful Gdansk, a city with a rich history that spans hundreds of years.

In the end of my long post, I just wanted to quickly take a moment to thank Agnieszka Piotrowska for organizing such a versatile program and to Joshua Malitsky for making it possible for me to attend such an important conference! 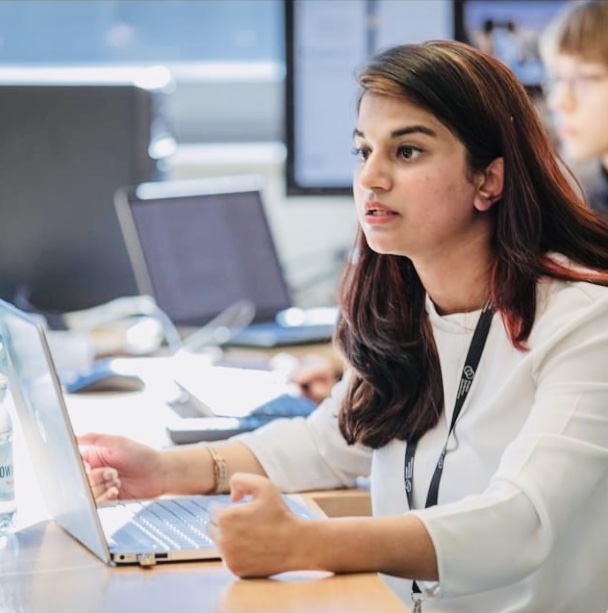