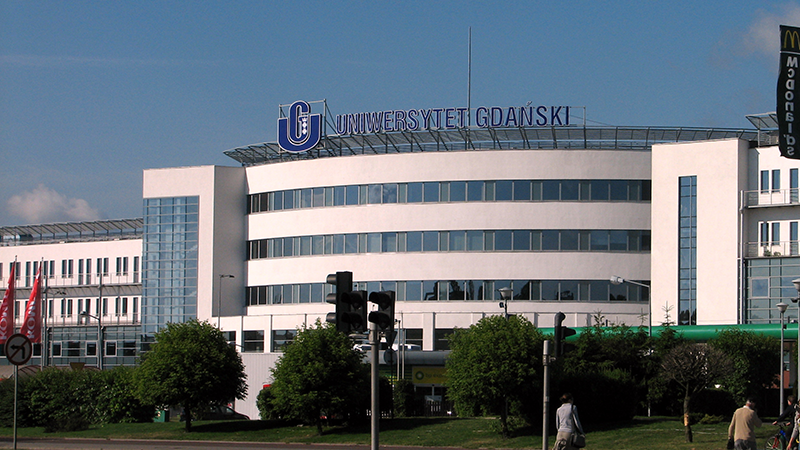 The University of Gdańsk is a dynamically developing institution of higher learning, and one that combines respect for tradition with a commitment to the new. It offers education in nearly all fields of academic knowledge, in sought-after professions on the job market and in state-of-the-art facilities in its Gdańsk, Sopot and Gdynia campuses. It is currently one of the most modern academic centres in Poland.

20 March 2020 marks the 50th anniversary of the founding of the University of Gdańsk, at present the largest university in the Pomeranian region, which has had an indisputable influence on the development of modern Poland, science and higher education. We have eleven faculties with over 25 thousand students, doctoral students and post-graduates, who are taught by more than one thousand seven hundred academic staff. In such fields of study as Biology, Biotechnology, Chemistry, Oceanography, Quantum Physics, Pedagogy, Psychology, Law and Economic Sciences, the University of Gdańsk is one of the best institutions in Poland. 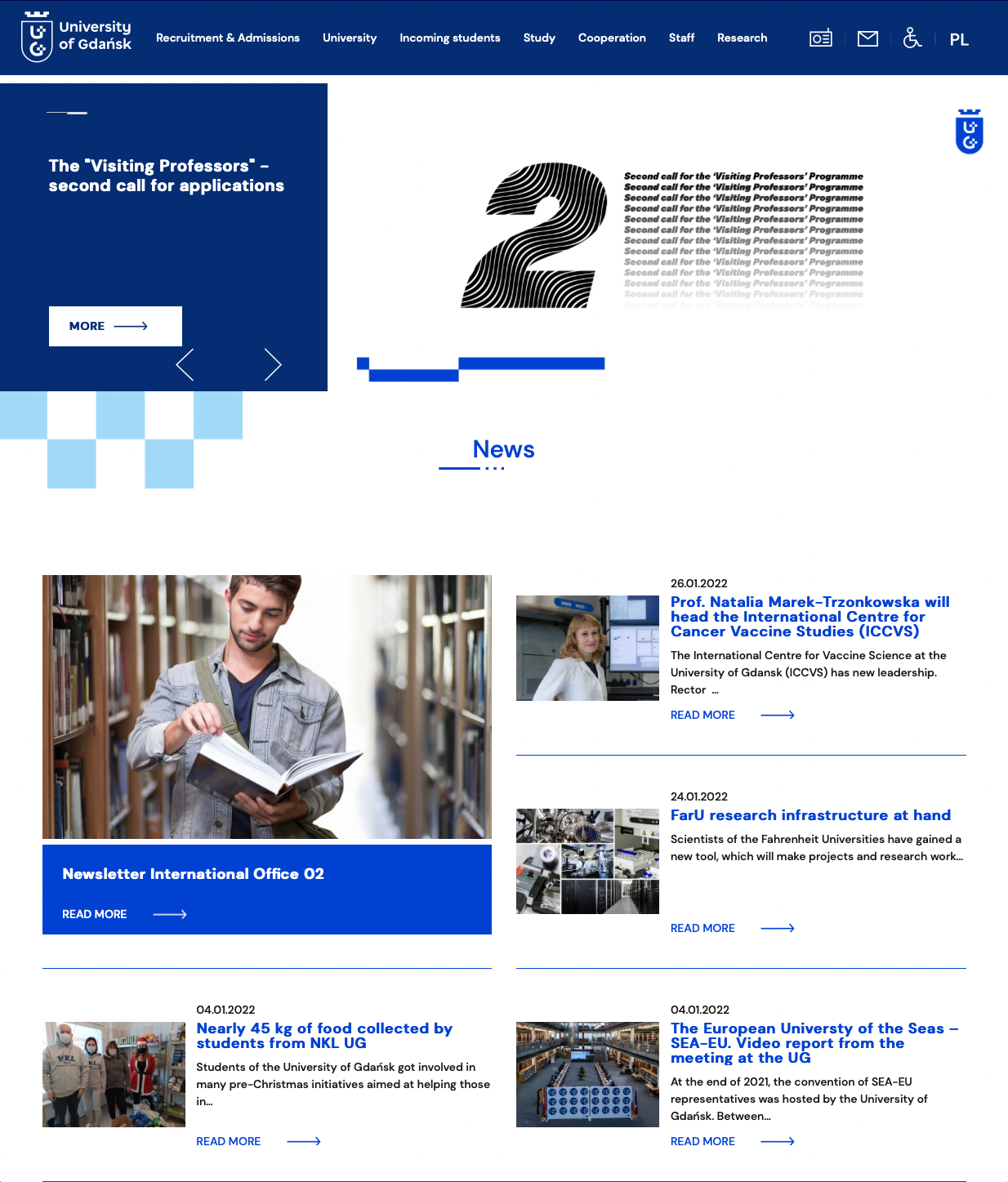 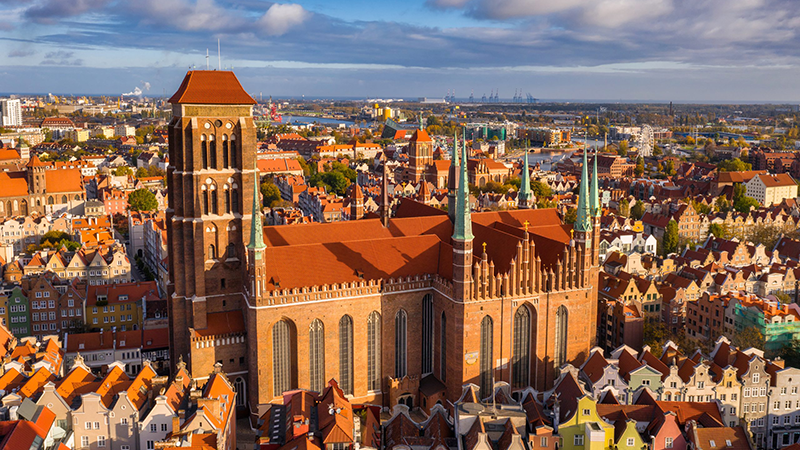 Gdańsk is a city on the Baltic coast of northern Poland. With a population of 470,805 Gdańsk is the capital and largest city of the Pomeranian Voivodeship and the most prominent city in the geographical region of Pomerania. It is Poland’s principal seaport and the country’s fourth-largest metropolitan area.

The city is situated at the southern edge of Gdańsk Bay, in a conurbation with the city of Gdynia, the resort town of Sopot, and suburban communities; these form a metropolitan area called the Tricity (Trójmiasto), with a population of approximately 1.5 million. Gdańsklies at the mouth of the Motława River, connected to the Leniwka, a branch in the delta of the Vistula River, which drains 60 percent of Poland and connects Gdańsk with the Polish capital, Warsaw.

The city’s history is complex, with periods of Polish, Prussian and German rule, and periods of autonomy as a free city-state. An important shipbuilding port and trade point since the Middle Ages, in 1361 it became a member of the Hanseatic League which defined its economic, demographic and urban landscape for several centuries. From 1918 to 1939, Gdańsk lay in the disputed Polish Corridor between Poland and Germany; its ambiguous political status created tensions that culminated in the Invasion of Poland and the first clash of the Second World War at nearby Westerplatte. The contemporary city was shaped by extensive border changes, expulsions and new settlement in or after 1945. In the 1980s, Gdańsk was the birthplace of the Solidarity movement, which played a major role in bringing an end to Communism in Poland and helped precipitate the collapse of the Eastern Bloc, the fall of the Berlin Wall and the dissolution of the Warsaw Pact. 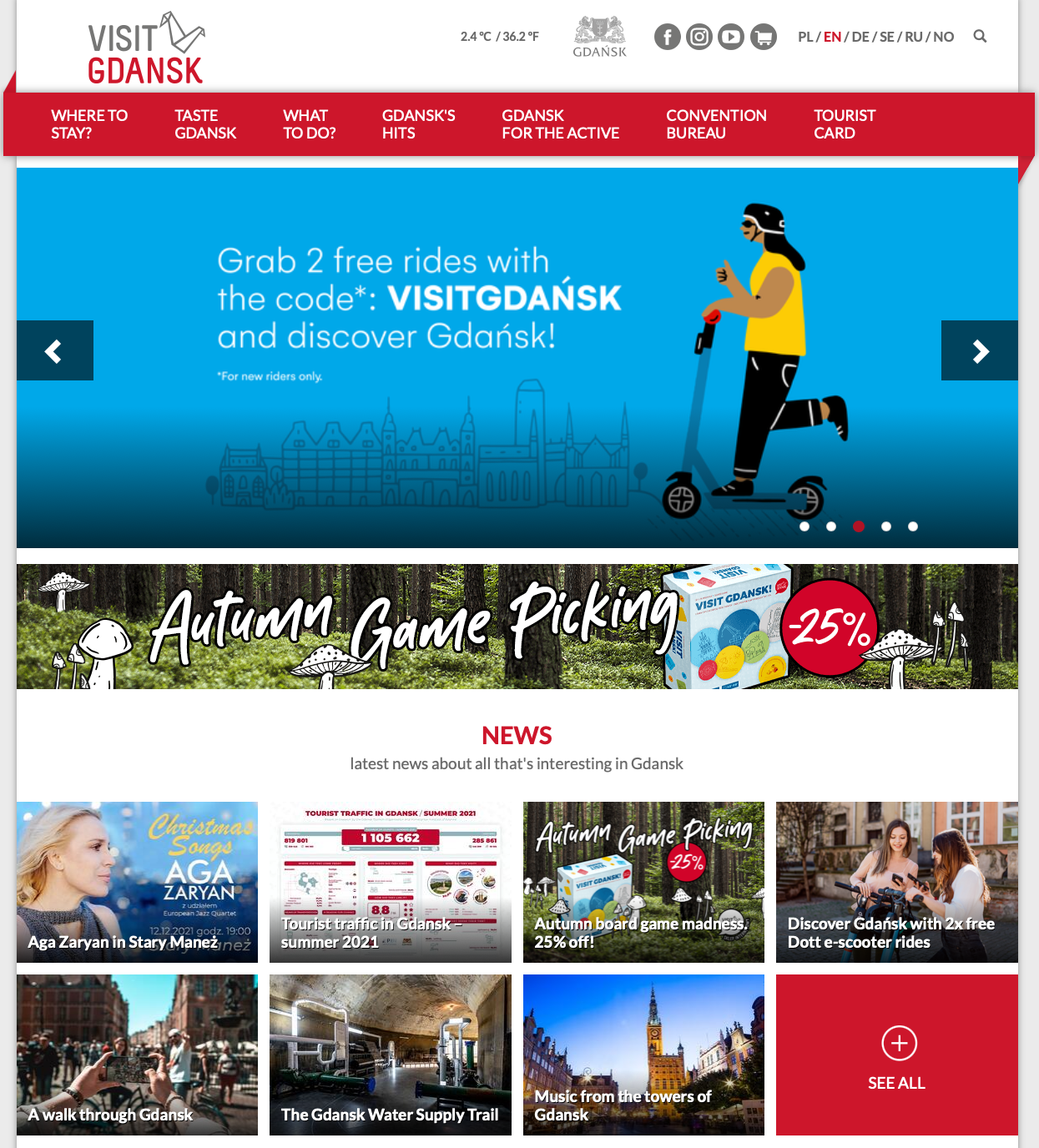 Sopot is a seaside resort city in Pomerelia on the southern coast of the Baltic Sea in northern Poland, with a population of approximately 40,000. It is located in Pomeranian Voivodeship, and has the status of the county, being the smallest city in Poland to do so. It lies between the larger cities of Gdańsk to the southeast and Gdynia to the northwest. The three cities together make up the metropolitan areaof Tricity.

Sopot is a major health-spa and tourist resort destination. It has the longest wooden pier in Europe, at 515.5 metres, stretching out into the Bay of Gdańsk. The city is also famous for its Sopot International Song Festival, the largest such event in Europe after the Eurovision Song Contest. Among its other attractions is a fountain of bromide spring water, known as the “inhalation mushroom”.